I have an admission to make. I was once an anti female-bossian.

For those already confused, this is a (potentially grammatically incorrect) term I’ve coined for people who are opposed to female bosses. Based on a paltry two experiences at former companies, I had decided that female bosses are mercurial, illogical and (in some instances) capable of flat-out cruelty. Of course, the illogical one here was me.

I came to this “conclusion” based on two samples and luck; I had simply never had a male boss who had behaved this way, even though the examples of misbehaving male bosses are legion.

My reasoning was of course inane, but others share the sentiment. Though the reputation of female leaders is improving, a Gallup Poll conducted in 2014 shows that, when evaluating a new job, 33% of Americans prefer a male boss, 20% prefer a female boss and 46% have no preference. Okay, not terrible – but here is the data I found most surprising – while women are more likely than men to be “pro female-bossian,” women still prefer male bosses overall.

(Aside: Is this really 2016? The role of women in the workplace, the gap between how female leaders are expected to act and how they should act to get ahead and gender politics – all of this feels so far from where it should be. But I digress.)

Reader, I’m here to tell you how I learned to stop hating and love the female boss. How did this happen? Easy. I started working for a veritable utopia of female-bossianism: the michael alan group. While our fearless leader and CEO is a man, our COO, Senior Vice President and Vice President are all women and this has a massively positive effect on the work culture.

When producing and nurturing are part of the fabric of the organization, nobody’s losing by helping others. In fact, it pays off in dividends with the work we produce.

From my first week at MAG, when I had two weeks to produce a mobile tour, I was met with endless support from the entire company. Everyone, from the senior leadership on down, was tireless in answering my questions and providing me with helpful contacts, knowledge and advice. Nearly five years later, that continues to be the case. There is a genuine feeling of community here, and when you are faced with a task that you have no idea how to tackle, you know that a senior or a peer will always have time to help you.

The amazing part about this? Eventually you realize that you can solve the problems yourself, and help the next generation of MAGsters along.

While this ethos was originally instituted by our (male) CEO, Jonathan, I don’t see how this could be implemented so pervasively if we didn’t have so many women around us. I recognize that this is a dangerous line of thinking. As a recent NYTimes Op/Ed reminded us, in many places the expectation for women to be nurturing is a double edged sword – they must act this way, yet it is at their own expense.

But therein lies the secret sauce of MAG. When producing and nurturing are part of the fabric of the organization, nobody’s losing by helping others. In fact, it pays off in dividends with the work we produce.

Others have noticed. In the past year, our female leaders have been recognized for kicking butt at what they do and being awesome leaders. Our COO, Erin Mills, was recognized as one of Event Marketer’s Leading Women in Events, our Senior Vice President, Jill Brand, received Min’s Rising Star Award and our Vice President, Elizabeth Walker, received the Rising Star Award from Cynopsis Media. 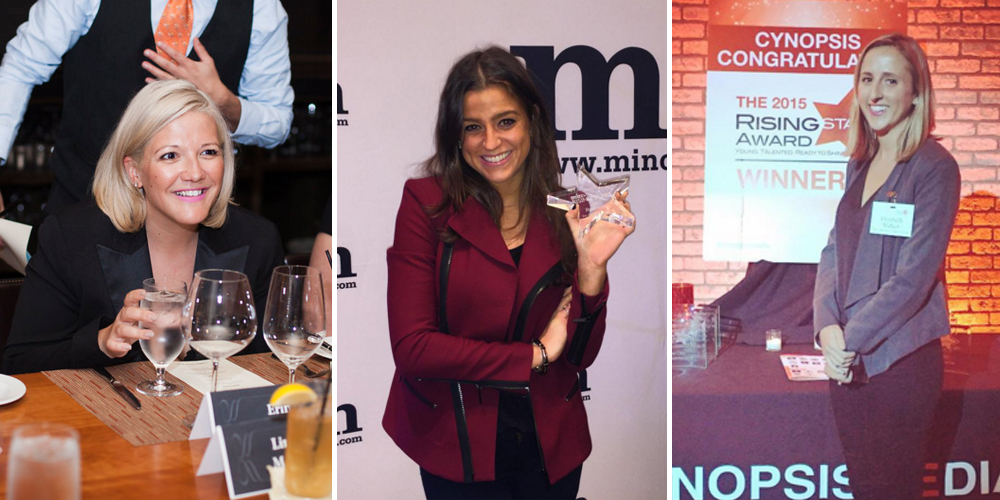 I end this with this statement: I now recognize the error of my old beliefs. I am now strongly pro-female boss, and while other work environments may not experience the same utopian benefits, I’m optimistic that we will all get there regardless of the gender breakdown in the office. Until then, I will feel lucky to be surrounded by such amazing women each day when I come to the office. And so, as we celebrate women’s history month, I am reminded that here on West 38th Street, the sisterhood has carved out a slice of strength and support, and when that happens - we all profit.